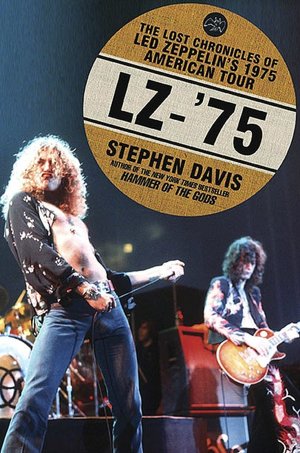 A revealing account of Led Zepplin's 1975 North American tour including all- new interviews with-and insider information about-the band, from the bestselling author of Hammer of the Gods. As a young music journalist in 1975, Stephen Davis got the opportunity of a lifetime: an invitation to cover the sold-out 1975 North American tour of Led Zeppelin, the biggest and most secretive rock band in the world, for a national magazine. He received a backstage pass, was granted interviews with band members, and even got a prized seat on the band's luxurious tour jet, The Starship. While on duty, he chronicled the Zeppelin tour in three notebooks, but after writing his article in 1975 he misplaced them. After three decades of searching, in 2005 he finally found the notebooks, on the covers of which he had scribbled the words "LZ-'75," and unearthed an amazing amount of new information from the tour including: • Lost interviews with canny vocalist Robert Plant and the brilliant guitarist Jimmy Page • Information on the rock icon who moonlighted as a heroin dealer • Revelations about the identity of the lover about whom Robert Plant sings in "What Is and What Should Never Be" and "Black Country Woman" • A detailed chronicle of each performance from a musical perspective, and a vivid account of the band members' extravagant, and often troubled, lives on tour Tied together by Davis's entertaining narrative, and including more than forty never-before-published photographs, LZ-'75 is an unprecedented and comprehensive personal portrait of the greatest (and most notoriously press-shy) rock band in history at its apex. Watch a Video